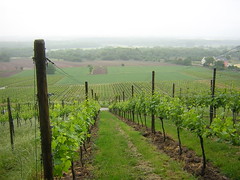 The area around the woods is very unassuming

In the morning we were all slow to get up. I headed off by myself to the bunker to take some pictures. Looking at the entrance made me realize that coming here by myself, even if it was during the day, was still scary. 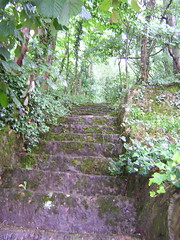 The bunker is deep in these woods

The difference was that now I could see the swastikas spray painted on the walls. The area we were staying in is actually known for having a lot of neo-nazis.

I crept slowly into the shelter. All I could here was light rain and water dripping off of the leaves behind me. The bunker splits into three directions after about 10 feet. To the left and right are rooms and straight ahead and up are stairs.

I took a few pictures in the rooms to discern just how abandoned it was. I finally started climbing the stairs. Just like the day before I discovered that very quickly the stairway narrowed. There was no room to turn around or look behind. My shoulders scraped along the walls and pretty soon I heard something behind me. I rushed foward exploding out of the top. 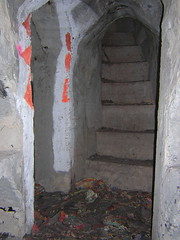 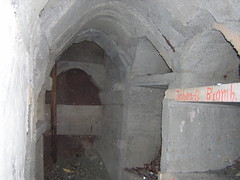 I whirled around to see if something was chasing me. Nothing. It was just my jacket scaring me. I stumbled around some more in the woods before walking back to the house and drying my, now wet, clothes.

Lewis called and confirmed that he would be coming with. We picked him up at Patrick’s place and Lauren’s Mom dropped us off at the train station. 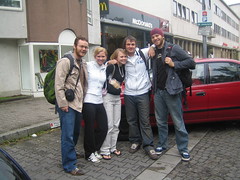 It made me feel like our journey has been made more epic now that we were adding people to it.

1) You shouldn't travel around with a guy named Lewis. It throws me off when reading.

2) In describing your adventures in the German bunker, I felt like I was in a text-based dungeon (see http://universegamers.com - Kevin Sewell's AWESOMEST programming project)

2 Things: 1) You shouldn't travel around with a guy named Lewis. It throws me off when reading. 2) In describing your adventures in the German bunker, I felt like I was in a text-based dungeon (see http://universegamers.com - Kevin Sewell's AWESOMEST programming project)