Vespas in hand we hit the road. Lilly agreed to come with us and we set off to shred Sicily. We had a big day planned, lots of ruins, lots of driving. To be honest we saw tons of stuff and I don’t want to write everything about it. So uhh…eat pictures. 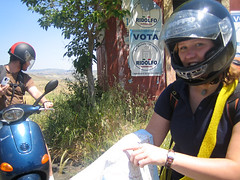 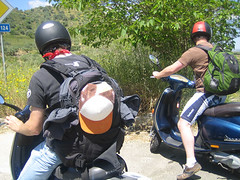 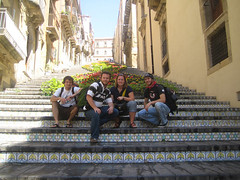 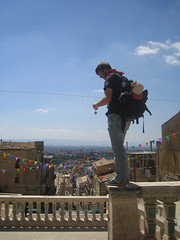 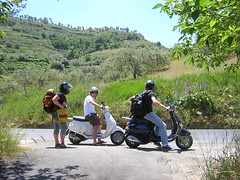 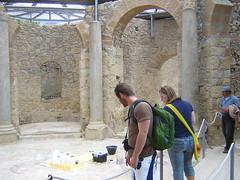 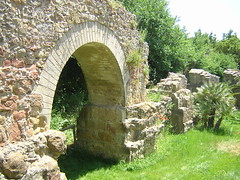 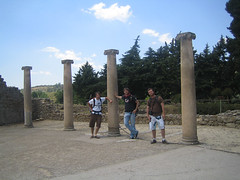 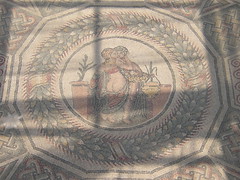 Great, so we drove around to a bunch of places, Piazza Armeria (or something like that) and this old Roman Bath house. It was rad, then I ate @#$! on my Vespa. 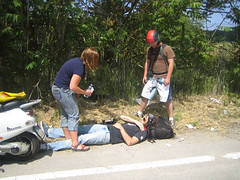 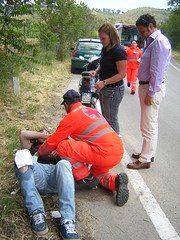 All looked bleak, would I survive? Yes. 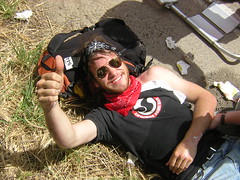 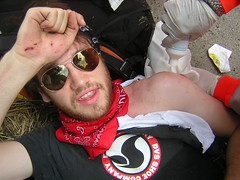 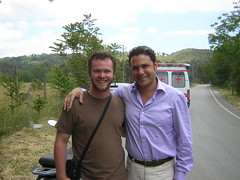 Ok, so here’s what happened. I was riding second around a corner going too fast. I went wide and hit a strip of sand and glass. I slipped out and laid my bike down. Gary stopped behind me and watched me stumble around in shock. He was totally stoic “you ok?”

I fell back down on the ground and laid down. “Every part of my body hurts, actually to be honest none of this feels good” was my reply.

Lilly was there pretty quick and started cleaning out all of my new orifices. She noticed that my shoulder was dislocated but apted to let the ambulance workers put it back. She really took care of me.

A really nice Sicilian guy stopped and called for an ambulance. He was making jokes and when the medical pros showed up they sprayed iodine everywhere. Which…guess what, hurts like hell. I was yelling things like “oh yeah, more, just keep doing that, that’s great! Awesome!”

The sicilian guy figured out what I was saying and grabbed a bottle of iodine to join in the fun. Whoo! Gary made friends with the guy and while they carted me off he offered to let everyone stay at his place while I was recovering.

Lillian and her family were nice enough to let us stay an extra day while I recovered a bit. We might have made it back that night but I was a little hopped up on morphine. Plus…hey, why leave when Lillian was perfectly willing to clean all my wounds and stuff. Thanks again. I owe ya one.

Yeah so…tomorrow we’d better leave or we won’t make our flight in Rome. 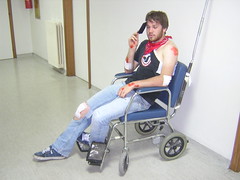 Curious to know how much my medical visit was? Me too, they didn’t give me a bill. I think it was free. Thanks Italy.

new orfices, only the ones that I gained by ripping holes in my self during the accident.

new orfices, only the ones that I gained by ripping holes in my self during the accident.

Anyway, nice to have you back. Glad you're alive. I hope your house didn't burn down while you were gone.

Umm ... she cleaned out all your ... orifices? Anyway, nice to have you back. Glad you're alive. I hope your house didn't burn down while you were gone.