We arrived in Germany without incident and Lauren and Patrick picked us up from the train station. We went to the YSA family home evening there and met a lot of people.

Apparently Hidelberg is the site of one of the USA’s largest military bases. The base is spread around everywhere and is technically US soil. They even take the US dollar in their American grocery stores. Because of all this the local singles were a mix of german and american many bi-lingual.

After we played chess, cards, basketball and hackie sack the activity was over and we went to the Hildelgenberg. It’s this giant amphitheater where Hitler spoke and is right next to a monastery in the mountains.

Driving up there we encountered dense fog and Patrick took a wrong turn sending the car through the air before he could regain control and flip a u-turn. Once arrived we hiked up the amphitheater and explored the Monastary. I apologize that the pictures aren’t better quality. It was dark, rainy and there was fog everywhere. 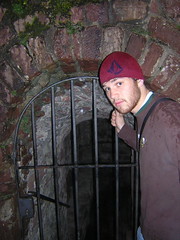 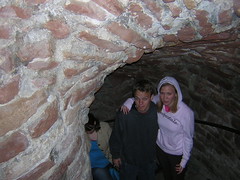 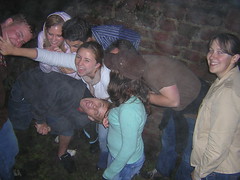 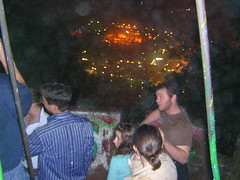 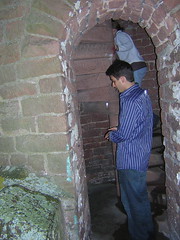 We also stopped on the way down and saw a crazy big well. Some of the kids there were saying that the Nazis through Jews down there but I don’t believe them. Feel free to correct me. 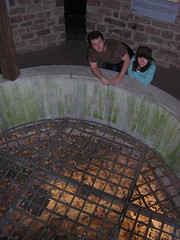